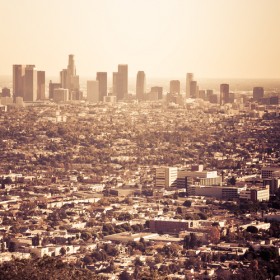 In a city with nearly 4 million people, there are probably just a few dozen that even know what the Urban Water Management Plan is and even fewer that knew March 16th was the last day to comment on it.  Comments that are submitted during the public comment period are published near the end of the UWMP and for the most part go unseen by the general public and decision makers such as the LADWP Board of Commissioners, the Los Angeles City Council and Mayor who deliberate over the plan and approve it. Perhaps the Los Angeles Department of Water and Power prefers it that way.

Having watched this process in 2010 and again in 2015, I am a bit surprised and dismayed that the local print media such as the Los Angeles Times and the Daily News don’t really report on the UWMP especially given how distressed our water supply situation is. They do often report on the shortage and water wasters. A quick search of the www.latimes.com and www.dailynews.com web sites for “urban water management plan”, I could find no evidence  that either paper had reported anything about the city’s most important planning document.

This lack of coverage by our print media on the city’s UWMP is a real disservice to its residents. It’s also a disservice to our elected officials who I found have very little understanding of the water supply figures in this document. If the media would question them on it perhaps city officials would take this process more seriously.  Elected and appointed city officials typically just approve documents like this, even seriously flawed UWMP's  without much discussion because they don’t understand it.

The 2015 Draft UWMP is totally inadequate in its current form. It mischaracterizes the city’s true water supply outlook and needs to be rewritten to include meaningful, measurable, achievable water supply projections that planners, developers, and residents can be assured the department can meet.

As a service to our local media, I've posted my comments to the draft here. This would be a good place to start should you choose to report about the upcoming deliberations on the UWMP over the next few months.