When the LADWP uses paper water, not only does it affect Los Angeles residents, it also impacts utilities and residents outside of the city. 'Paper water' is water that “utilities claim they have access to, but is difficult or impossible to access for various reasons”.

When the LADWP claims to have access to more city owned domestic water than it really has access to, that allows the department to understate how much water it needs from the Metropolitan Water District. 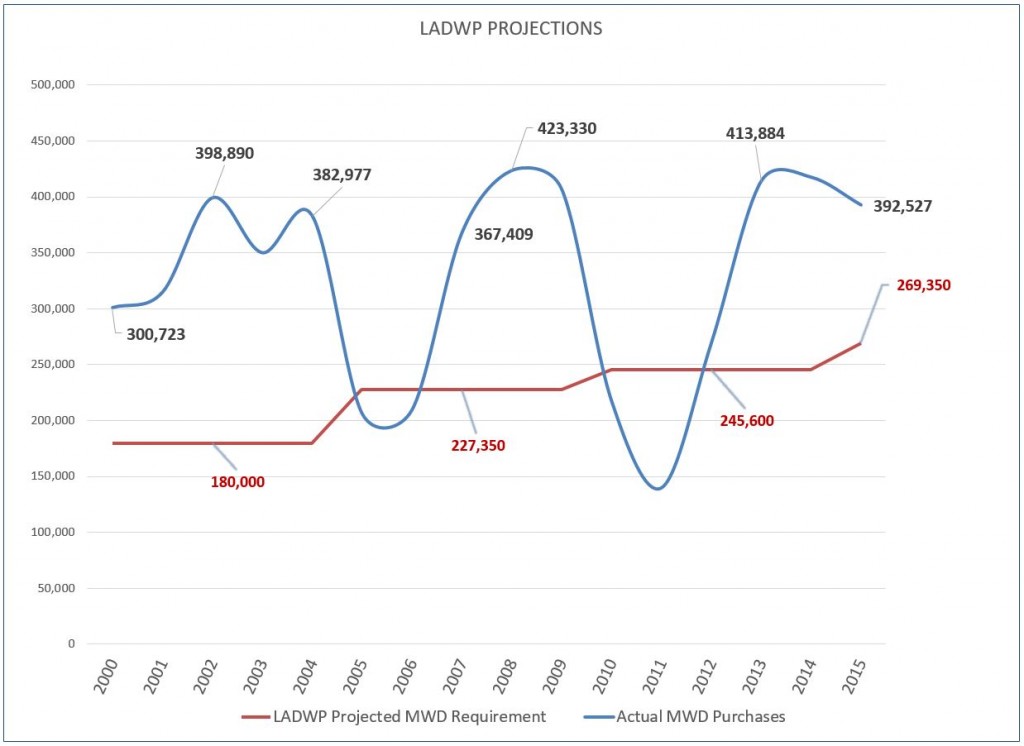 Using paper water to prop up the perception of its domestic supply, the 2000 UWMP* suggested that the LADWP would only need to purchase and additional 3.53 million acre-feet of water between 2000 and 2015.

However the department was unable to follow through on its claims. Only 4 times in 16 years did the department meet its own projections. Over the other years it had to purchase 47% more water from the MWD amounting to 5.20 million acre-feet at a greater unit cost.

This is one of the ways that the department hides the water shortage in the EIR's that work their way through the planning process to shield development.

Obviously this practice would impact the MWD's operations to store surplus water as a hedge against drought in its Diamond Valley Reservoir and at Lake Mead.

*I used the 2000 UWMP because it presented a larger sample size of MWD purchases than later plans would. Later UWMP's use paper water similarly.