The City of Los Angeles water plans in the past have projected significant amounts of water that later never came. These large sums of water have been used to approve small and large projects going back to 1990.

When projects are reviewed by city planners, the figures cited in the city's water plans are supposed to assure the community that there is sufficient water for the project over the next 20 to 25 years after they are approved and that the project will not pose a burden to the city's water supply during that period. 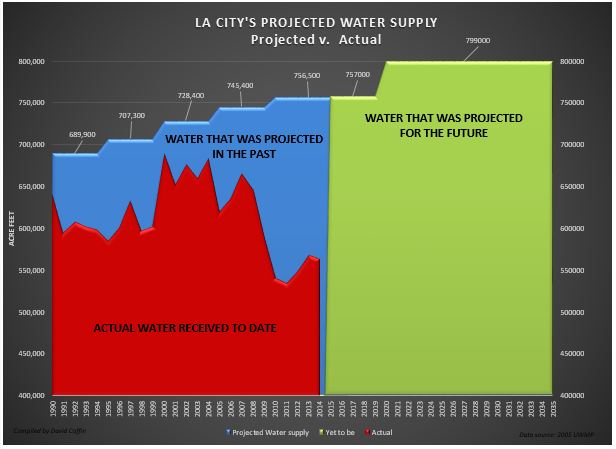 Over a 24 year period, this missing water would be equivalent to 4.35 million acre feet which is slightly more than a full years worth of California Aqueduct water at full allocation.